Photographs, unless noted otherwise, are from the National Archives. 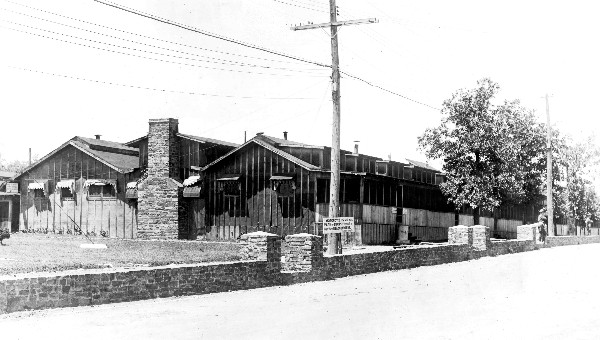 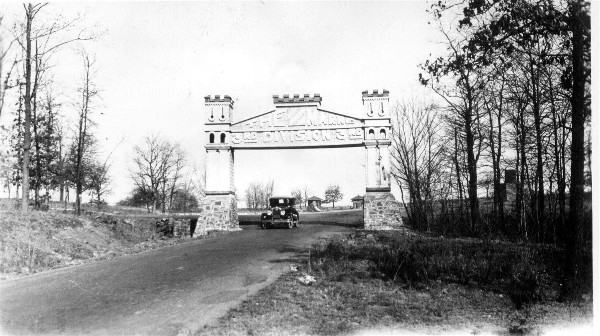 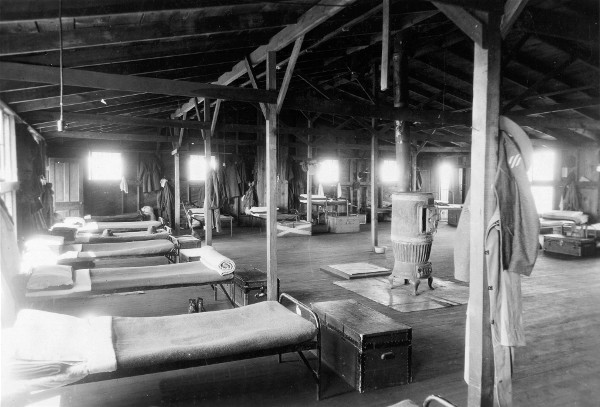 While stationed at Camp Pike, the Third ID, in conjunction with the Knight’s of Columbus, operated what was known as the Camp Pike College. In an effort to prepare soldiers for return to civilian life, classes were offered in a variety of subjects; automotive mechanics, plumbing, carpentry, pharmacy, music, and bookkeeping among others. Soldiers were allowed to attend class from 1:00 p.m. to 4:00 p.m., Monday through Friday. 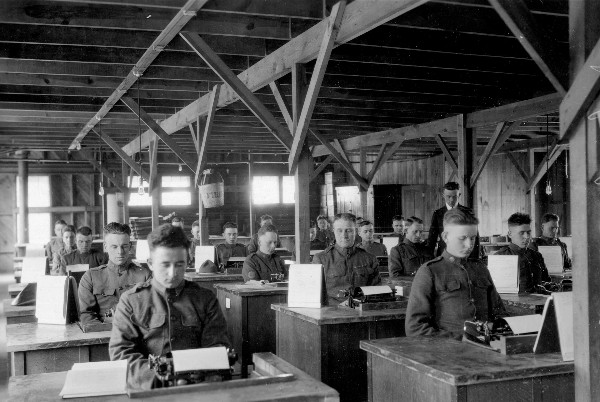 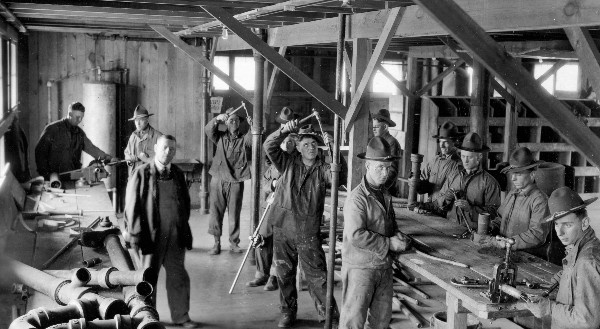 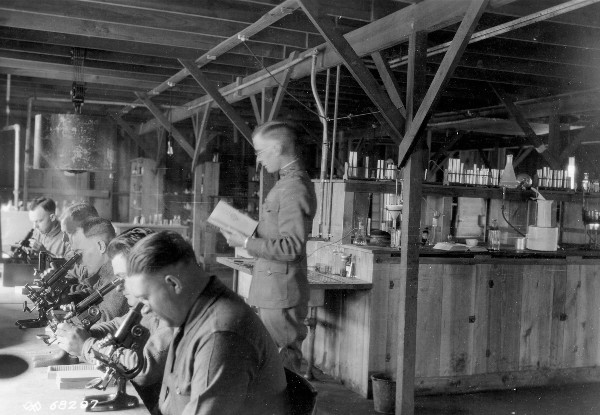 In 1922, Camp Pike was declared excess. The Third ID left, the leased lands were returned to their owners and the government owned land, which had grown to almost 6,000 acres, was given to the State of Arkansas for use as a training facility for the Arkansas National Guard. There was a provision that the US could reclaim the land if needed.

Governor McRae established the Camp Pike Honorary Commission to dispose of the unneeded assets on Camp Pike and use to funds raised to convert the post to a permanent home for the Arkansas National Guard. In a series of auctions in 1923 and 1924, over $470,000 was raised. Those funds were used to construct facilities to accommodate a regiment for training. 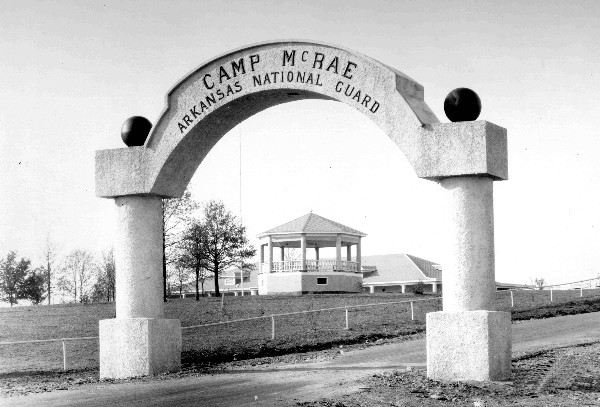 Entrance Arch. Bandstand and Officer’s Mess in the background. 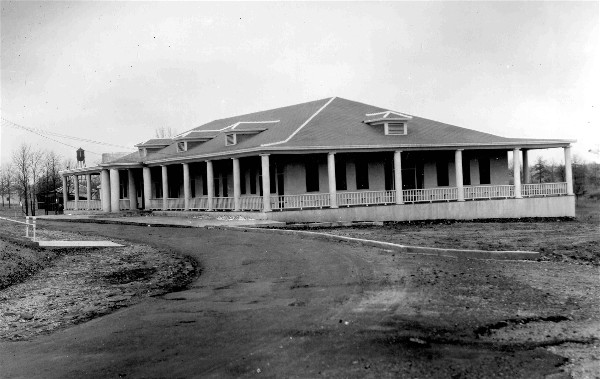 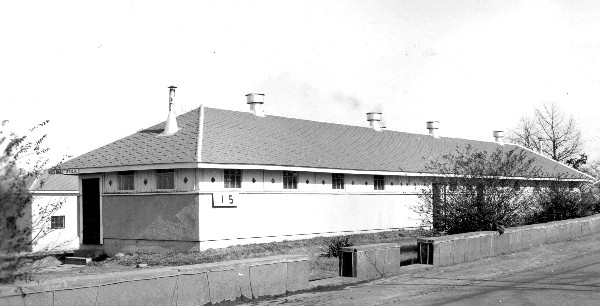 One of Eight Mess Halls 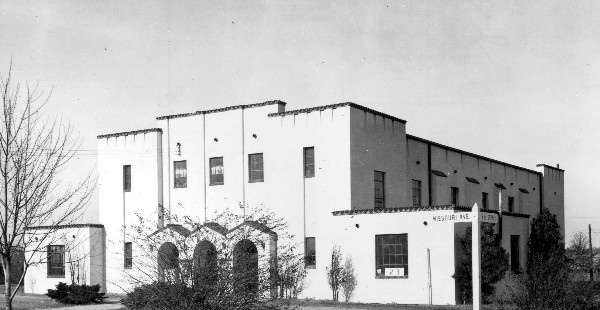 Citizens’ Military Training Camps (CMTC) were conducted in the 1930’s by the War Department under the authority of the National Defense Act. A CMTC was located at Camp Pike. There were four courses of instruction: BASIC, RED, WHITE and BLUE. Each course lasted 30 days and only one course could be taken in any calendar year. No obligation for further service in any component of the Army of the United States was incurred by attending any of the courses. Graduates could apply for a commission in the Guard or Army Reserves. President Harry S. Truman, then a Colonel in the Reserves, served as Camp Commander of the Camp Pike CMTC from August 17th to August 30th, 1933.

Part of another CMTC Class, Camp Pike (in front of what is now the museum)
Photograph from the AR NG Museum Archives

The 3797th Company of the CCC was organized on July 2, 1935 at Camp Pike, one of 39 CCC camps that would be in Arkansas. The company was organized during the time when the CCC was expanding its enrollment, and drew its original cadre from men selected from Company 746 at Lono (near Malvern), Arkansas.

The camp’s work projects consisted of construction and improvement of a system of roads on the post, clearing land, and erosion control. The camp’s personnel also constructed the stone walls that line Missouri Avenue and built a stone recreation hall now used as distinguished visitor’s quarters (Pike House). 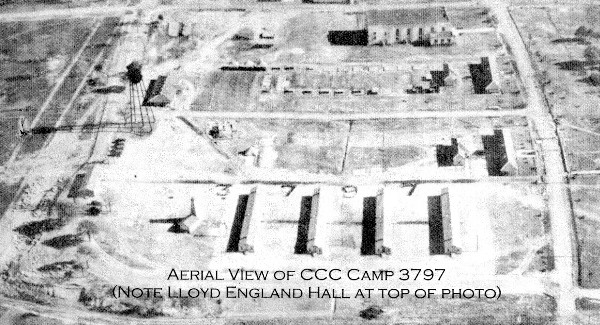