The United States reclaimed Camp Robinson in 1940 and began construction on a temporary facility for the 35th Division which was being activated for one year in late 1940.

Construction on Camp Robinson began on September 9, 1940. The camp was originally designed as a tent-barracks regimented cantonment for 25,000 soldiers with headquarters and administration buildings, hospital, railroads and warehouses, communications, roads and all utilities.

Camp Robinson embraced a total of 44,000 acres. This included the 6,000 acres that the US owned. The balance was initially leased and later acquired through condemnation proceedings after the US entered WWII. When completed, the camp consisted of 6,763 buildings, including 5,425 tented hutments.

Photographs, unless noted otherwise, are from the National Archives. 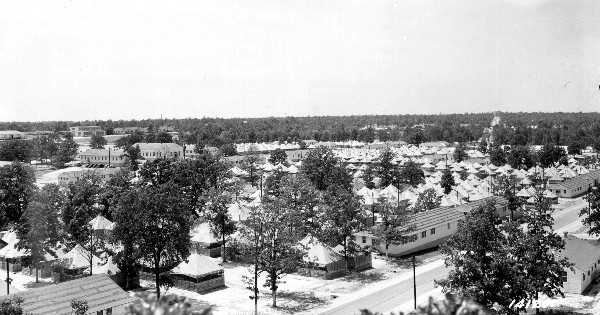 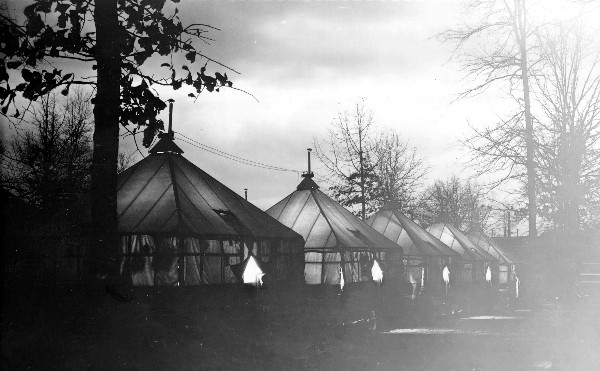 The 35th Division was called to active duty of one year on December 23rd 1940. The 35th was a National Guard division with units from Kansas, Missouti and Nebraska.

The 35th moved to California to defend against a Japanese attack on the West coast, then trained at Camp Rucker, AL and Camp Butner, NC before moving to England in May of 1944.

The division crossed Omaha Beach on in July of 1944 and participated in combat operations in France, Belgium and Germany and was across the Ruhr when the war ended. 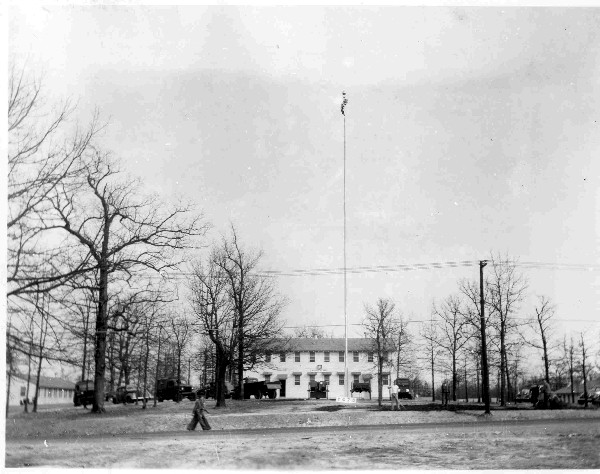 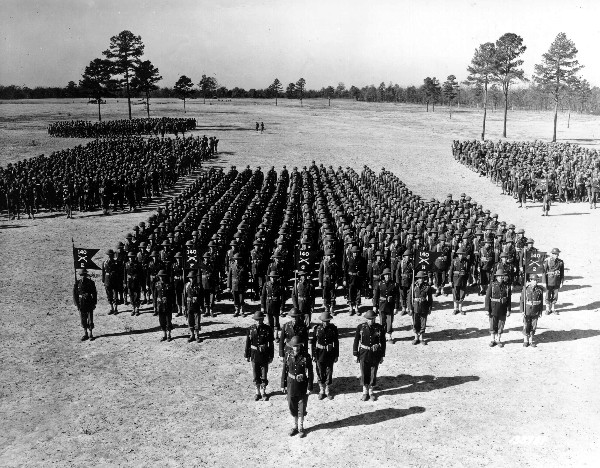 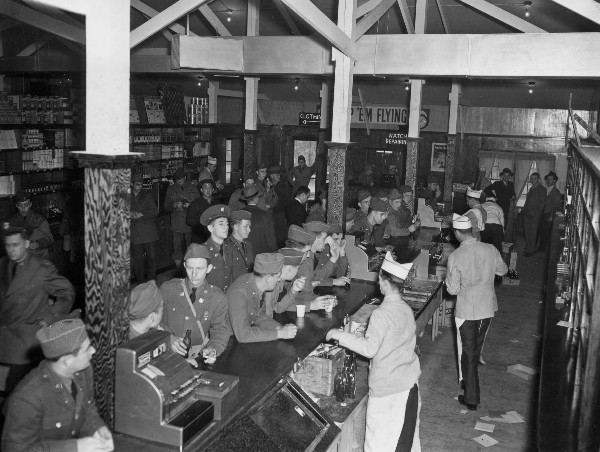 35th Division Soldiers at a Canteen on Camp Robinson, December 17, 1941 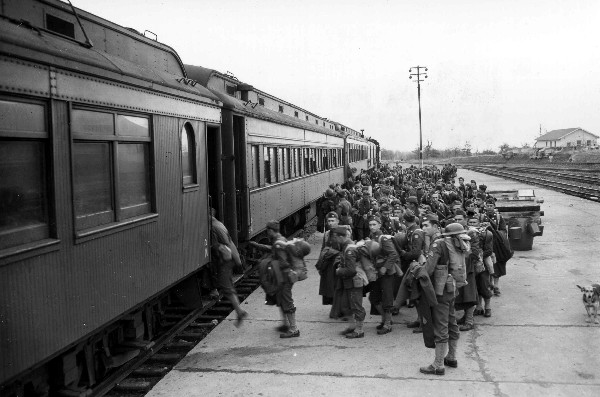 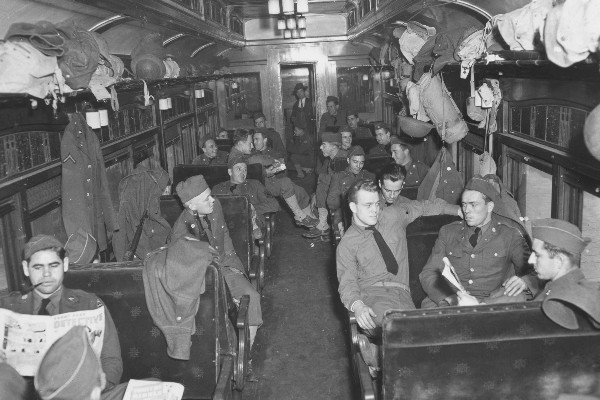 35th Division Soldiers on the Train Bound for California

A Branch Immaterial Replacement Training Center (BIRTC) was located on Camp Robinson in early 1942.  Its purpose was to train soldiers in basic infantry skills to prepare them for combat, regardless of their specialty.  For administrative purposes, the BIRTC was organized as five regiments, each with three battalions of four companies. The BIRTC had a capacity of training 16,200 soldiers at a time. 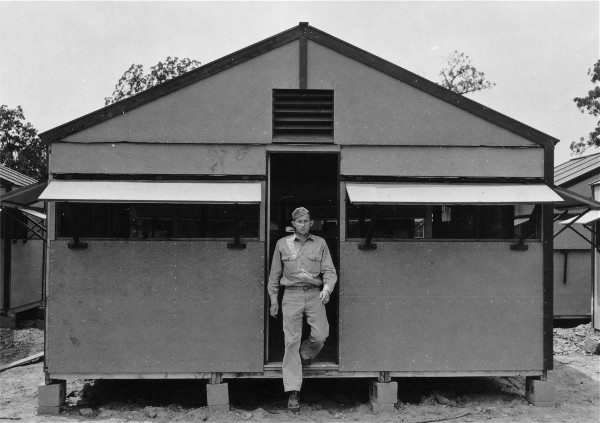 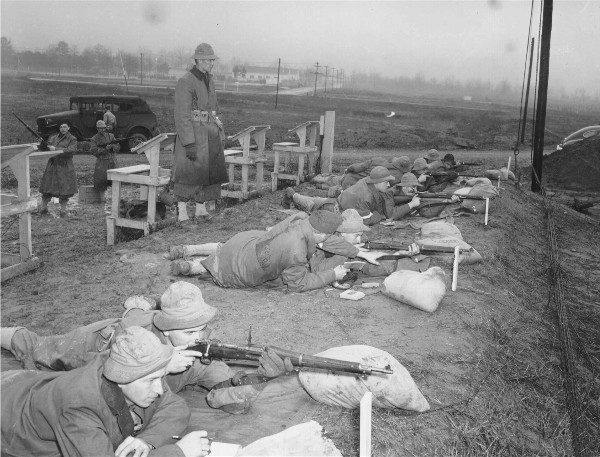 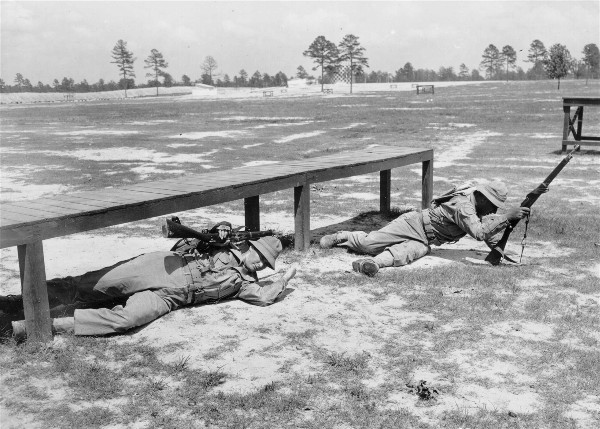 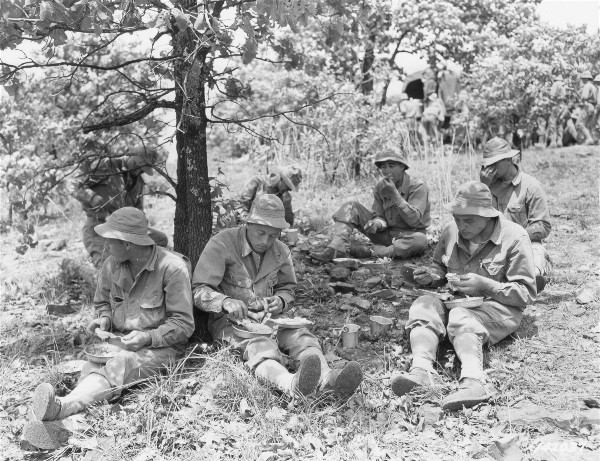 BIRTC students eat a meal in the field

Medical Replacement Training Center (MRTC) operated at Camp Robinson from 1942 to 1944. Its purpose was to train soldiers as medical personnel. The MRTC consisted of three regiments, one with two battalions and two with three battalions each. Each company had 270 personnel, giving the MRTC a capacity of 13,500 trainees. Like the BIRTC, the MRTC’s training cycle started out at eight weeks, but was later doubled. 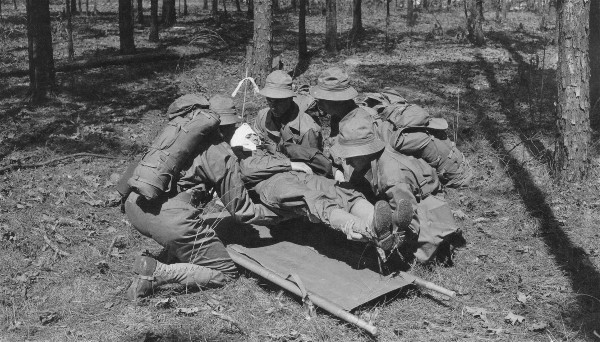 MRTC students practice placing a patient on a litter 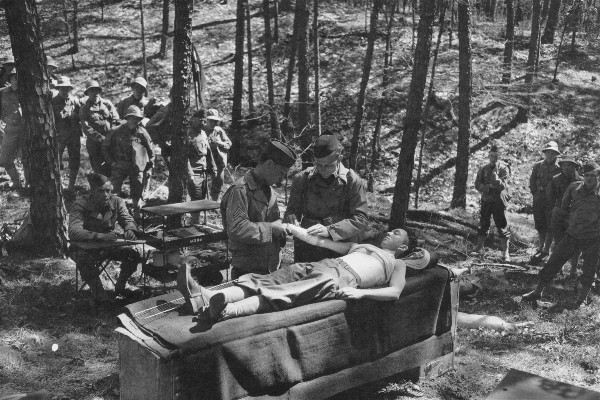 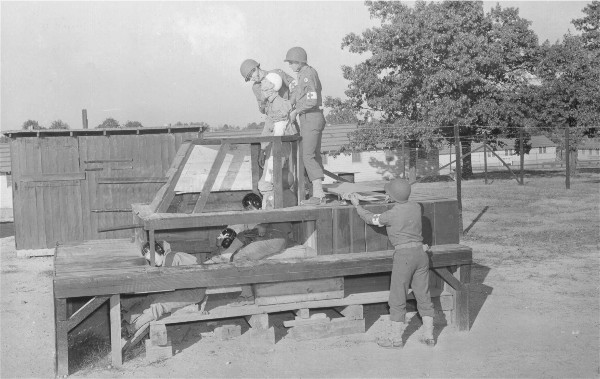 MRTC students practice removing a wounded soldier from a tank. 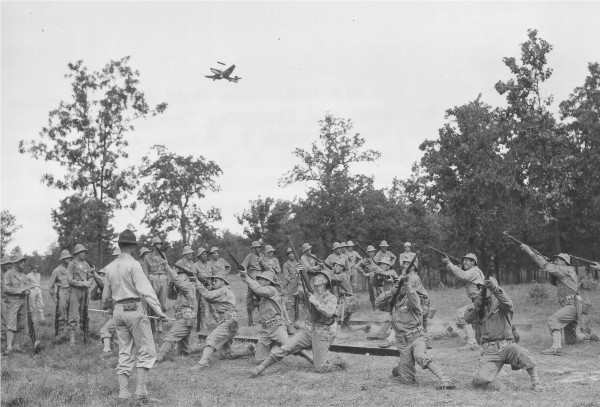 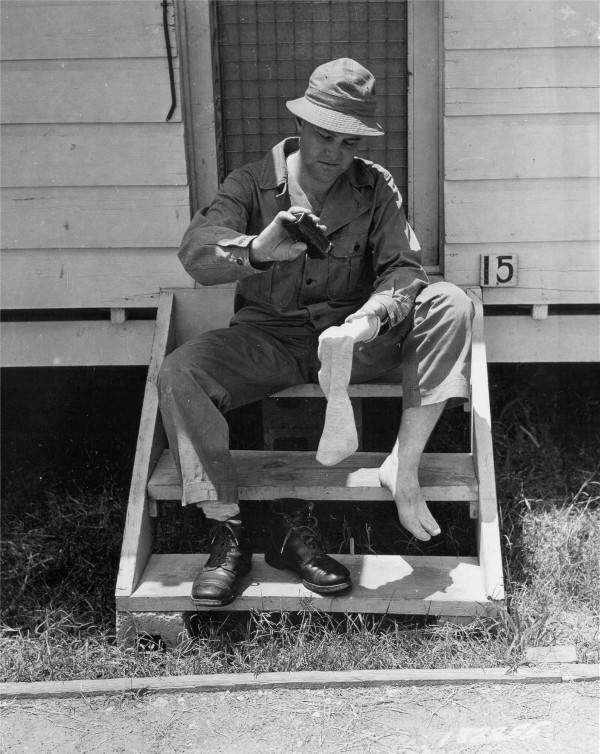 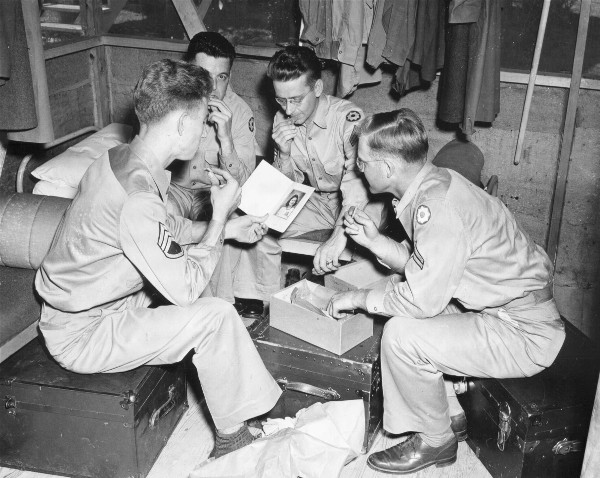 IRTC soldiers enjoy a package of cookies from home

President Roosevelt visited Camp Robinson on Palm Sunday, April 18, 1943.  His train arrived early that morning and the President drove a route on the post that was lined with soldiers who had not been told why they were formed up.  Despite the drizzle, the President rode in an convertible with the top down and was loudly cheered by the troops when he came into view.  He attended religious services in the field house and left that afternoon. 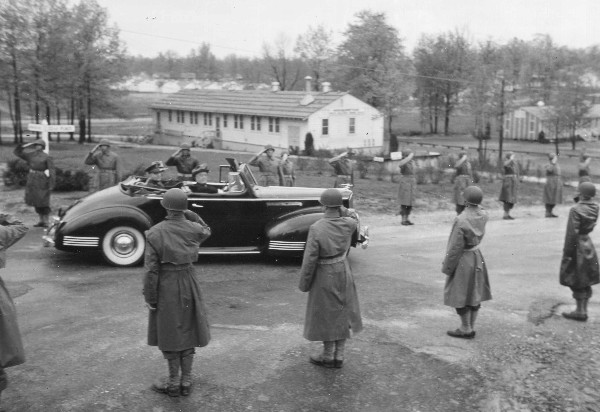 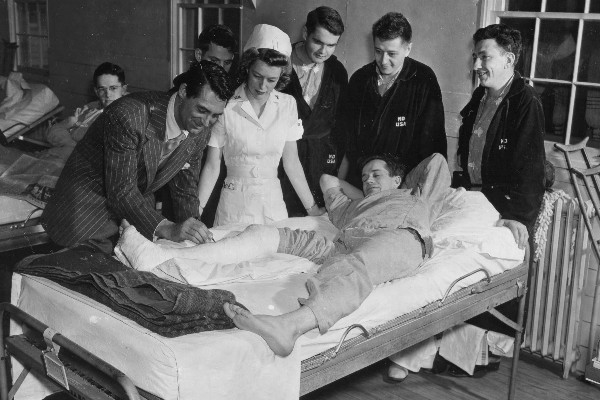 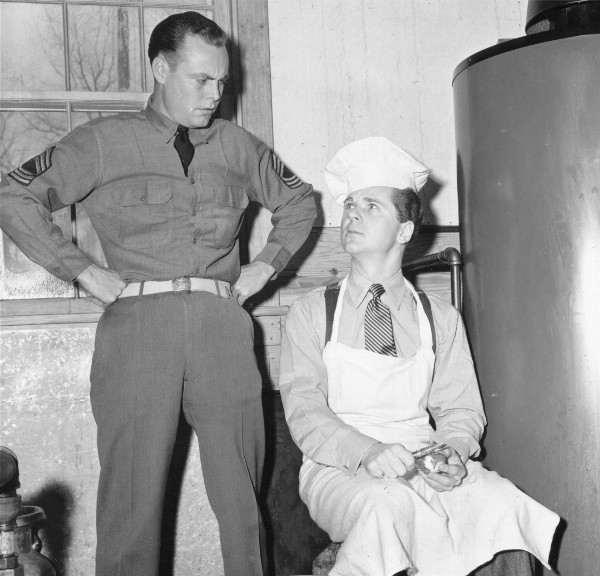 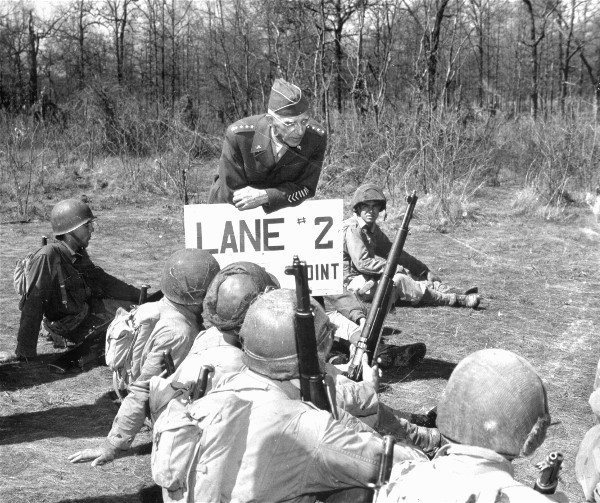 There was a German POW camp on Camp Robinson, established in September of 1943. The initial prisoners were members of Rommel’s Afrika Corps captured in North Africa. At its peak, there were about 3,000 POW’s on post.

At least four German POWs died while at Camp Robinson, all of natural causes. They were initially buried on the post with full German military honors. Their remains were disenterred and reburied at Fort Sam Houston, Texas. 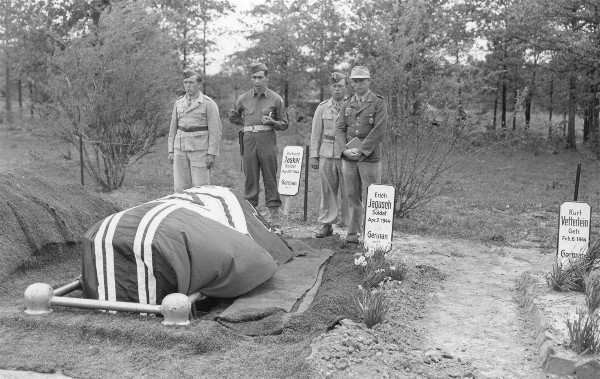 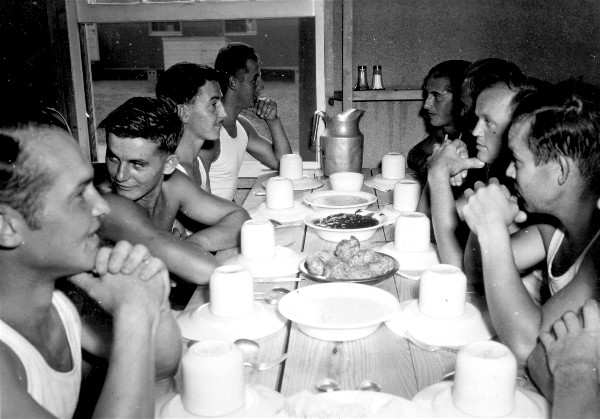 German POWs in their mess hall on Camp Robinson

There was a 1,000 bed hospital on Camp Robinson during WWII. It consisted of 36 wards, connected by over 1.5 miles of walkways. 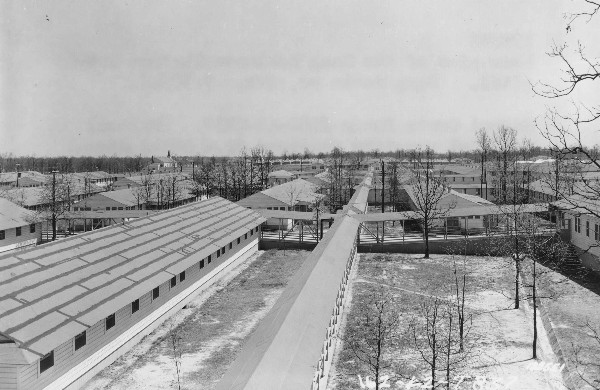 Portion of the hospital showing wards and conecting covered walkways

There was a 9,000 square foot bakery that made all the bread for the 149 mess halls on post. 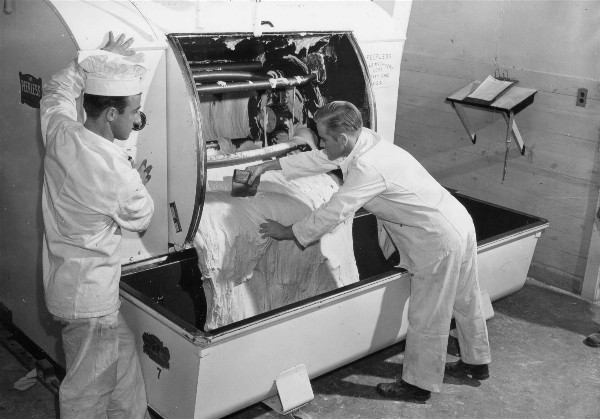 One of two large dough mixers at tthe camp bakery

There were 10 chapels, 3 libraries, 2 big PX’s and dozens of smaller ones, and eight theaters on Post. In addition, there were 4 service clubs, a field house large enough to accommodate three simultaneous basketball games, an Olympic sized swimming pool and a 10,000 seat open air amphitheater. The theaters had two shows daily plus a Sunday matinee. There were dances at the service clubs every Tuesday, Thursday, Friday and Sunday. 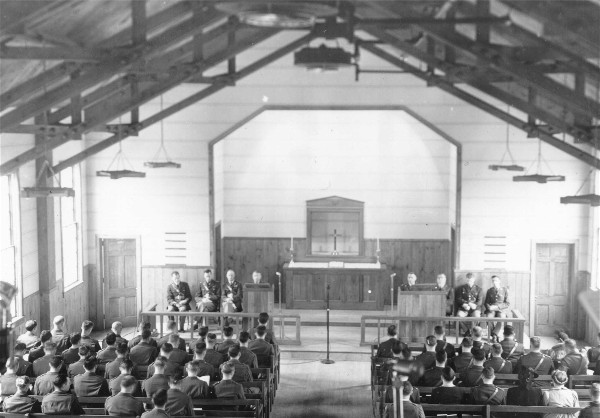 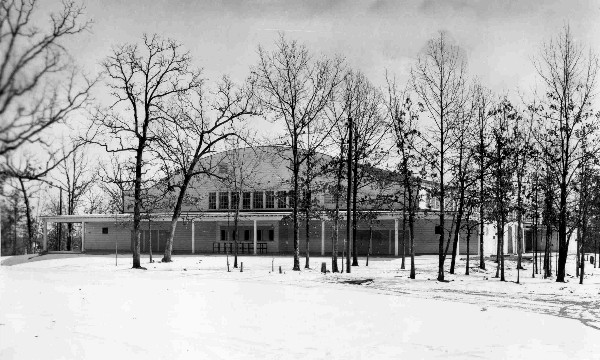 Exterior of the field house

In addition to the service club dances, there was a dance at Robinson Auditorium in Little Rock every Saturday night sponsored by the Business and Professional Women’s Club of LR. An average of 600 women attended and the soldier’s numbers ranged from 600 to 1100. 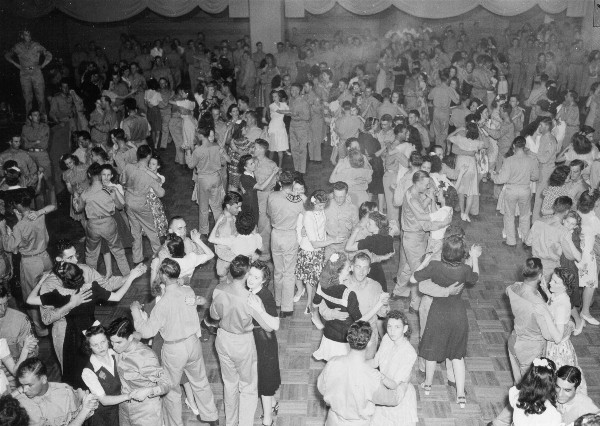